Shopping Cart
Your Cart is Empty
Quantity:
Subtotal
Taxes
Shipping
Total
There was an error with PayPalClick here to try again

Thank you for your business!You should be receiving an order confirmation from Paypal shortly.Exit Shopping Cart

The Great Pyrenees is a very old breed believed to originate in Central Asia or Siberia and followed the Aryan migration into Europe.

They have been used for hundreds of years by shepherds, including those of the Basque people, who inhabit parts of the region in and around the Pyrenees Mountains of southern France and northern Spain. In addition to its association with the peasant shepherd, the Great Pyrenees was also cherished by the nobility and appointed French court dog in the 17th century. Throughout history the Great Pyrenees has left its mark not only as a livestock guardian dog but also as rescue dogs, mountain dogs, pack dogs, dogs of war, cart and sled dogs, guard dogs, and the loving family pet.

They are related to several other large white European livestock guardian dogs (LGD), including the Italian Maremma Sheepdog, Kuvasz (Hungary), Akbash Dog (Turkey) and Polish Tatra or Polski Owczarek Podhalański. They were also used in creating the Newfoundland and St. Bernard breeds. The AKC officially recognized the Great Pyrenees in 1933.

The Bernese Mountain dog originated in the Swiss mountains. Many 18th century paintings show dogs that look like a Bernese type dog. The breed was named for the Canton of Bern in Switzerland.

They were working dogs particularly good at draft work, pulling carts to market. They also were used to drive dairy cattle, to watch over the farm and as companions to the farmers making them and all around farm dog.

By the end of the 19th century many other working dogs were being imported to Switzerland, which brought the numbers of the Bernese down as workers began to use other types of dogs. An effort was made by a group of people including Professor Albert Heim and Franz Schertenleib to preserve the breed. They went around finding what remaining dogs they could in order to stabilize the Bernese.

Today the breed makes a wonderful companion and they still to this day enjoy whatever draft work you can give them. The breed’s talents are tracking, herding, watch, guarding, search and rescue, carting and competitive obedience.

The AKC officially recognized the Bernese Mountain Dog in 1937.

This breed was established in 1846 in Leonberg, Germany, in the region of Wurttemberg by the German breeder Heinrich Essing from a crossing of the Newfoundland, St. Bernard, and the Great Pyrenees. Heinrich Essing's goal was to create a breed that would closely resemble the look of a lion.

Leonbergers have been owned by many royal families including Napoleon II of France, Empress Elizabeth of Austria, the Prince of Wales, Emperor Napoleon II, Bismarck and Italian King Umberto.

In the nineteenth century many Leonbergers were imported to Russia. Like many breeds, the world wars almost brought it to extinction. By the end of World War II, only a few dogs remained. In 1945, several Germans gathered some of the few remaining Leonbergers and re-established the breed.

Today the Leonberger has regained his popularity in Europe. The official standard was set in 1949. The first Leonberger was imported to the United States in 1971. This versatile breed has been successful for guarding livestock, search and rescue, obedience, water rescue, tracking and as a family companion

The Leonberger received American Kennel Club recognition as a member of the Working Group on January 1, 2010

Here at Duffy Fainting Goat Farm we breed AKC Great Pyrenees, Great leonees(7/8 Pyrenees 1/8 Leonberger) and Great Bernese (50% Pyrenees/50% Bernese.) If you are interested in any of our puppies in the future please give us a call. 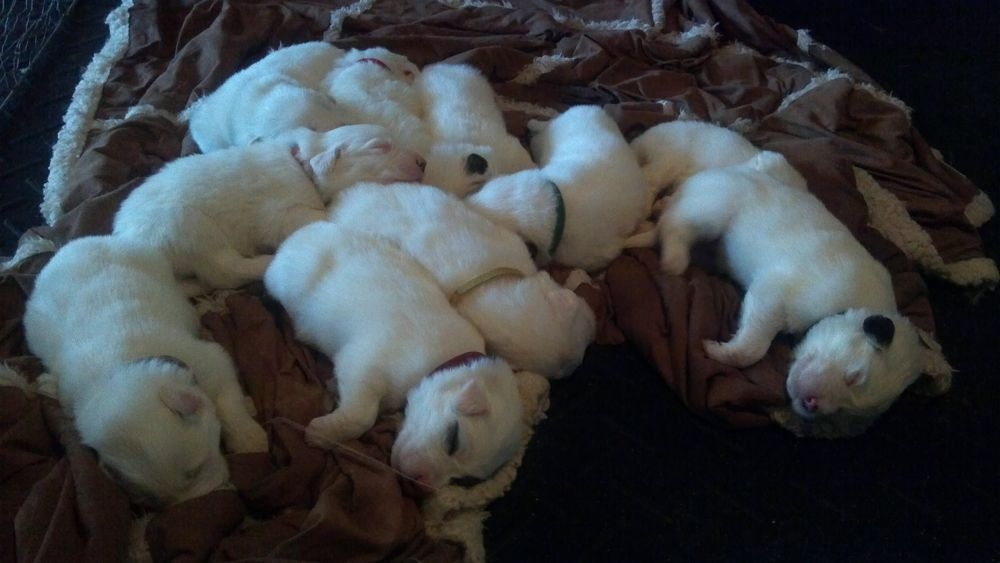 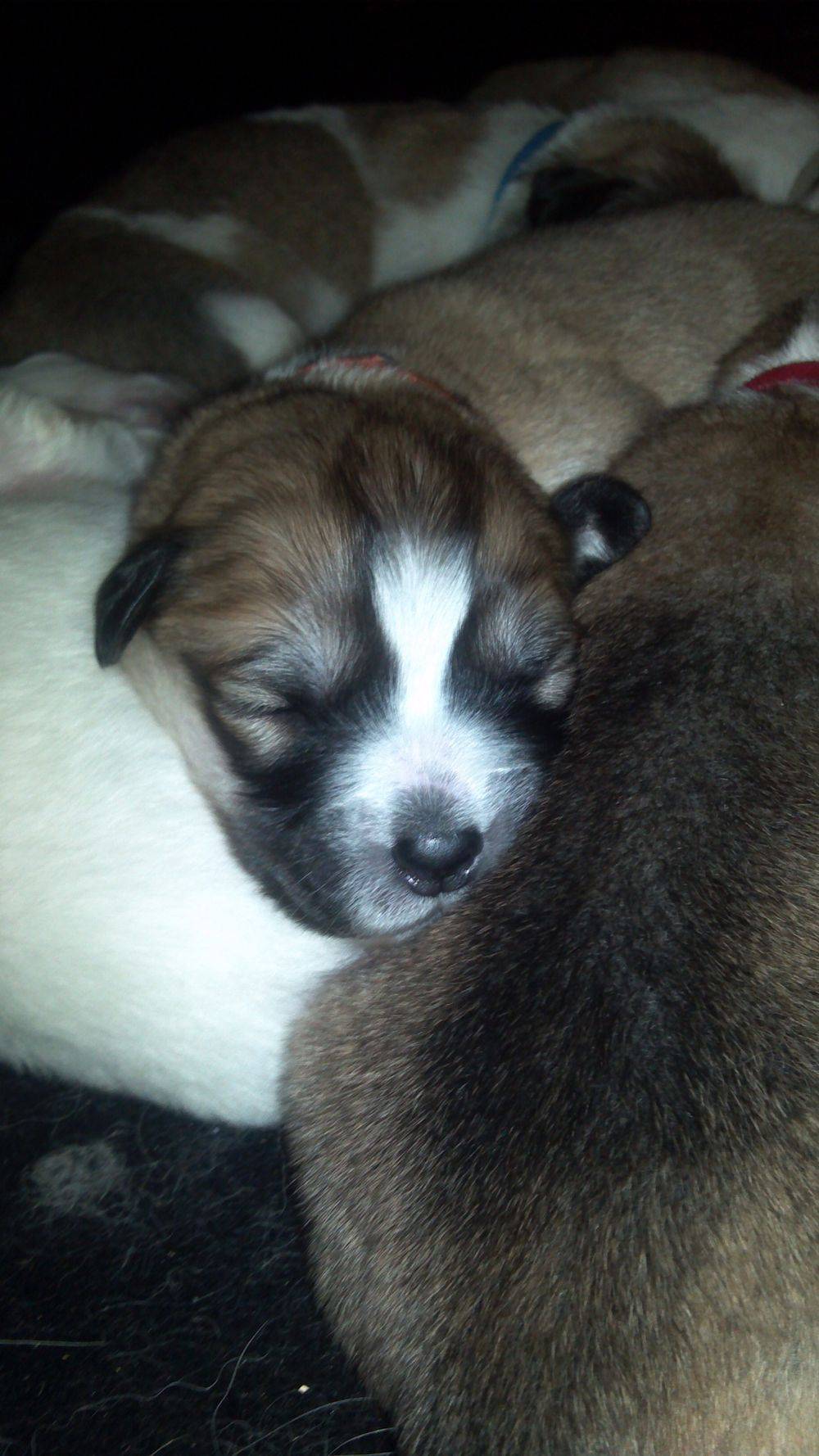 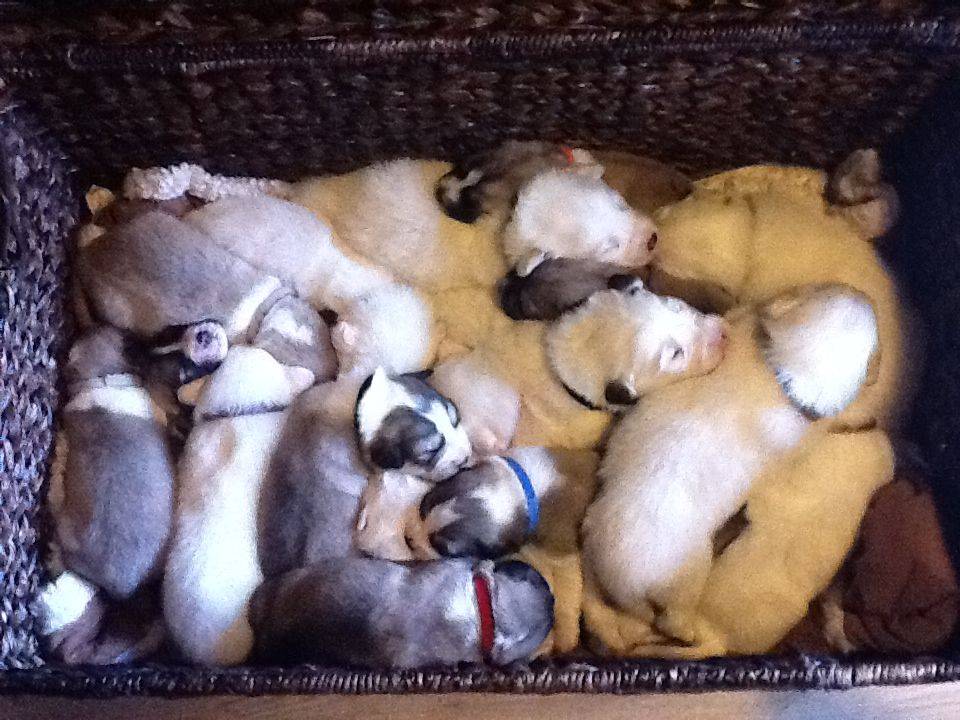 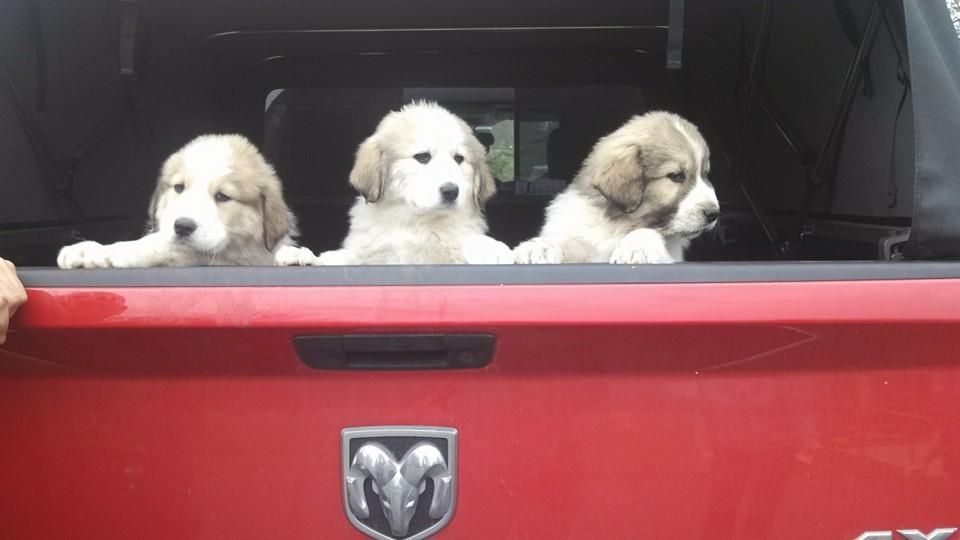 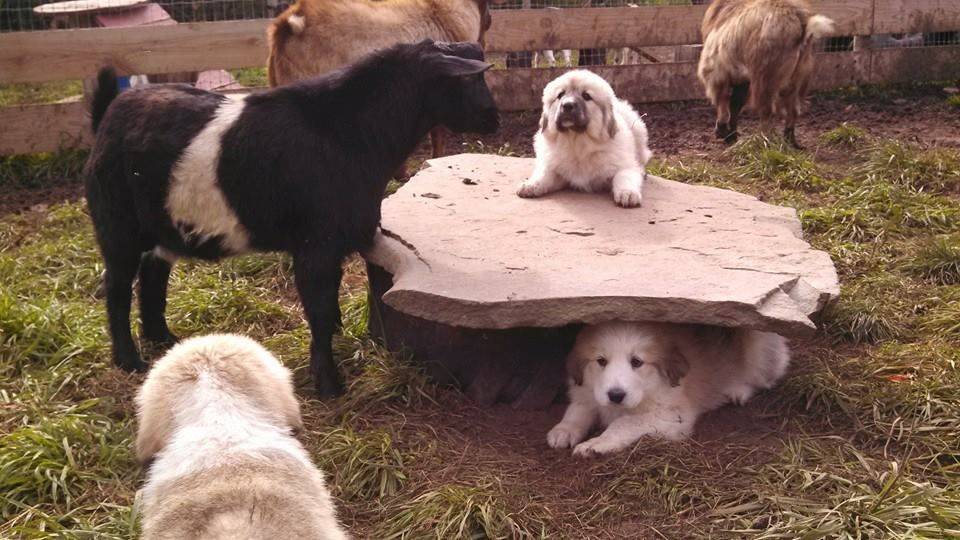 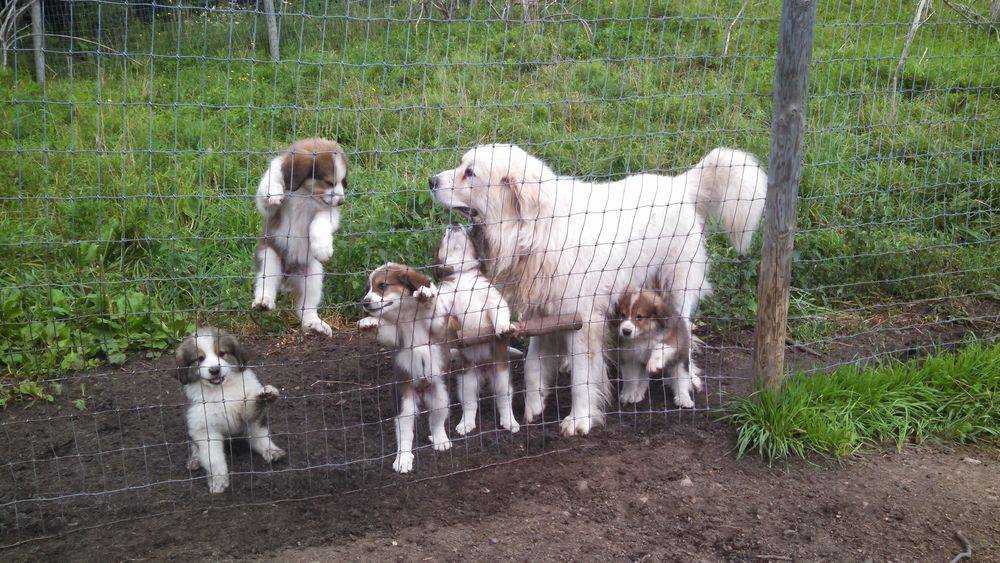